Keyaki Republic 2017 or: How I learned to stop worrying and love Keyakizaka. 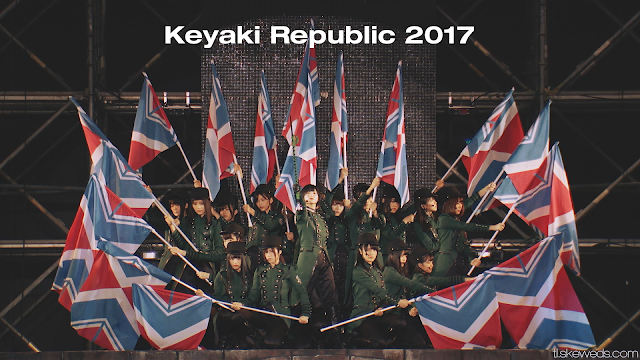 Gather around, everyone. It’s storytime.

Let’s rewind back to 2016. I’d already been working for a few months and finally felt comfortable enough to do things other than focus on my career after graduation. I’d been a fan of AKB in high school, but sort of fell out after college. My career path was intensive, and I really had no time for much else. I’m browsing the internet, trying to see what’s new in J-pop. I see the name Keyakizaka46. I was puzzled. Another Sakamichi group already? Didn’t they just announce Toriizaka? I’d come to find out that it’s the very same group. Now, I’ll be the first to admit, I loved AKB48 so much that I hated the idea of them having competition. In fact, I didn’t pay any mind to their senior group, Nogizaka46. I’d heard that Nogizaka were more competent as performers but stray my heart did not. I took the rivalry very seriously, by the way. I never shot down Nogizaka or fans of them, but if a Nogizaka fan bought ten albums, I bought twenty. I probably would have bought that amount for the handshake events anyway, but I digress.

But this time, I decided to give them a chance. I mean, what the hell? I’d been out of the loop for a bit. Why not see what all the fuss is about?

And that’s when my world changed. The group had debuted with Silent Majority. A power-driven melody with a heavy message to support it. The instrumental overflowing with the sound of strings, guitars, and sprinkles of piano here and there. The group speaks of breaking conformity, questioning why people are born if they just choose to live their lives this way. They teach anyone whose ears were listening not to give up on their dreams even if they face a lonely road in doing so. Keyakizaka really broke the mold here, considering you don’t really think of idols singing gloomy songs without smiling. And yet, they did just that. Their songs brandished thought-provoking lyrics, delivering it to the audience without a smile, and the world ate it up.

Since then, it seemed like nothing could stop Keyakizaka46.

I’ve been a fan of this group since the beginning.

This weekend, my oshimen will spend her final days with the group before leaving. As if to say goodbye, I wanted to provide everyone with a look back at one of the most exciting events at what might have been the peak of their otherwise short-lived tenure. That event is called Keyaki Republic 2017. 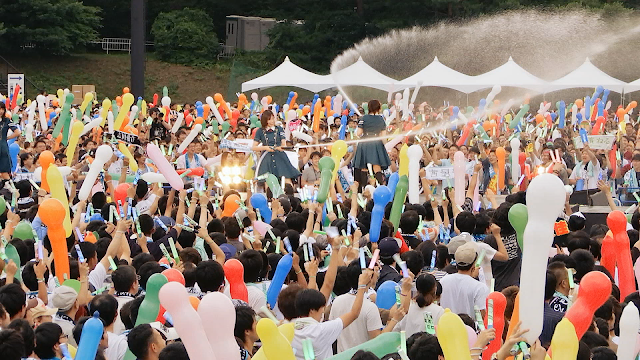 Here, again, they’ve pushed new boundaries performing for their fans at Fuji Q. An outdoor event treated like a day at a waterpark. So many beautiful memories with a lot of the original members still present. This is Keyakizaka the way I want to remember them. I love them so much, and I hope that shows here. Please enjoy the concert and have a fantastic holiday and a happy new year!

Become a Patron!
No amount of donation is too small. Any donation you can provide will be used to help us get motivated and translate Japanese media for free (as in freedom) and share with you.