Ten Gokaiger Stage Greeting with the most views 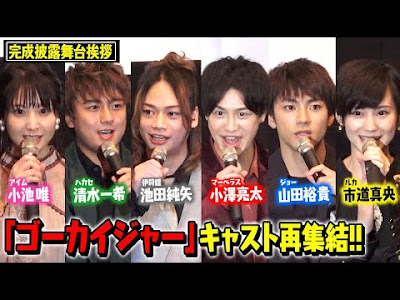 Either way, you can watch it at NekoCap below. They fixed the bug that it should be Fira Sans used in the typesetting. Let's make a show of it!

Watch "Gokaiger reunites after 10 years! Ozawa Ryota, Yamada Yuki, Ichimichi Mao, and other "space pirates" return to the stage to greet fans at the completion of V-Cinext's "Ten Gokaigers"" at NekoCap

Become a Patron!
No amount of donation is too small. Any donation you can provide will be used to help us get motivated and translate Japanese media for free (as in freedom) and share with you.